Quite a short hop in comparison with our last trip. A mere 2 hours up the A34/M4/A419 and we were there. We had read that the site  was difficult to find but we had no trouble at all. It has to be said that the access road could do with a bit of a make-over. It is very uneven with a few large potholes but, taken slowly, it presents no real issues.  Check-in was swift and welcoming and we set off round the site to look for a pitch. It is a big site and pretty full, but we soon found one that suited us and were quickly set up with the obligatory cuppa in our hands. And relaaaaax. I love that feeling.

We chilled for a while and then popped out to Cirencester town centre for a quick look round as we knew we would not have time on Saturday. It is very pleasant and looks to be quite a thriving centre, with few of those tired, closed-up shops that you see in so many town centres today.  It has a rich history and – in Roman times (when it was known as Corinium Dobunnorum) – it was the second largest city (by area) in Britain. On the outskirts of the town, there are the partially excavated remains of an Amphitheatre.  It was/is home to such diverse luminaries as Pam Ayres, Cozy Powell and Dom Joly. Also home the Royal Agricultural College  (now a University)  which was the first of its kind in the English-speaking world.

We also popped to Waitrose for essentials – i.e. Marmite! Thence back to the van and a bit of telly before bed. The site backs on to Cirencester College, where a leaver’s ball was being held. There was a faint noise of bass/drums but nothing to keep us awake. I woke later in the night and it was very quiet indeed. Not so quiet at 7.30, when some very inconsiderate and noisy people decided to start chatting quite loudly nearby. I do find that very bad mannered. We would never speak above a whisper so early but others clearly don’t care! Rude.

Pinch, punch and all that! Can’t quite believe we are over half way through the year. It seems to have flown by. Today we were being joined by our old friends Bob & Barb. They were originally supposed to be there with us last night but had to change their plans last minute. We usually try and pitch next door or at least close by, but that had seemed unlikely last night, as we watched a stream of people who arrived after us driving round, looking for somewhere to put down their steadies. We were thus surprised – when we finally emerged from the van – to find that the three pitches closest to us had been vacated. I quickly texted our chums to let them know which pitch we were on, hoping that they could nab one of them.

We had agreed that we would go on to the show ahead of them and rendezvous when they arrived, so we set off on our bikes. The site is adjacent to Cirencester Park, which is where the Cotswold Show is held, but we thought we would have to go the long way round (hence the bikes). We noticed a stream of people walking by the site exit and they were all clearly on their way to the show. So we followed. It was a great short-cut and – to be honest – we didn’t really need our bikes after all, but no harm done.

We presented our tickets and chained our bikes to the fence and bought a show guide. It is quite a big show and there was loads to see. But first things first – coffee! And very nice it was too. One of our first sights was the beautiful Hook Norton brewery shire horses. We chatted to one of the grooms and he said they still make deliveries by horse to four pubs locally (to them in Oxfordshire). Beautiful creatures and so lovely that they still keep the tradition going. 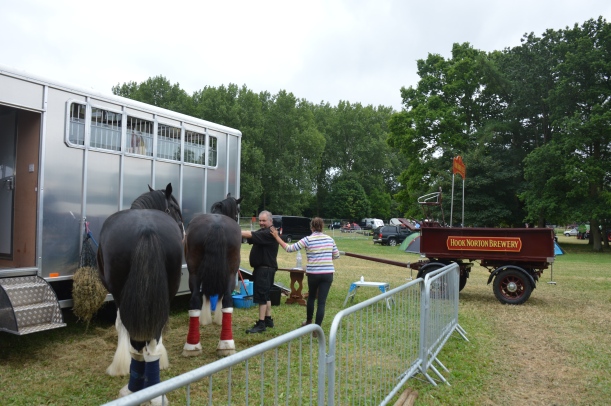 We also watched a display of hawking in one of the show rings. We then made our way round to the traditional rural skills section, where we watched the Blacksmith and saw some traction engines and fascinating agricultural machinery. 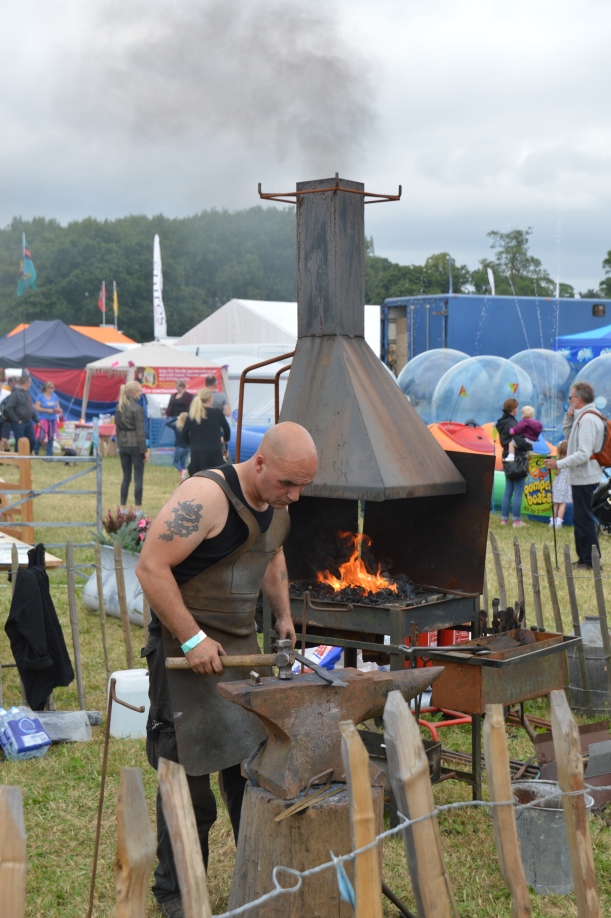 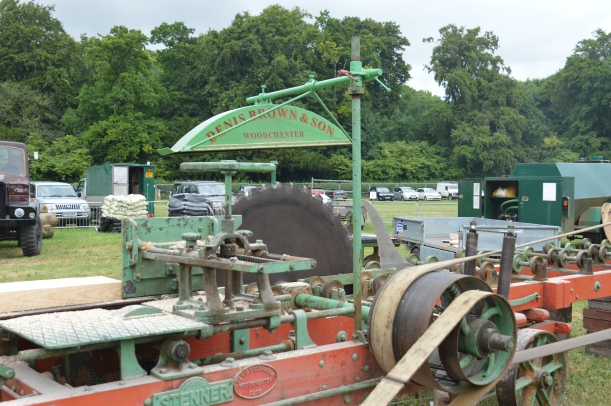 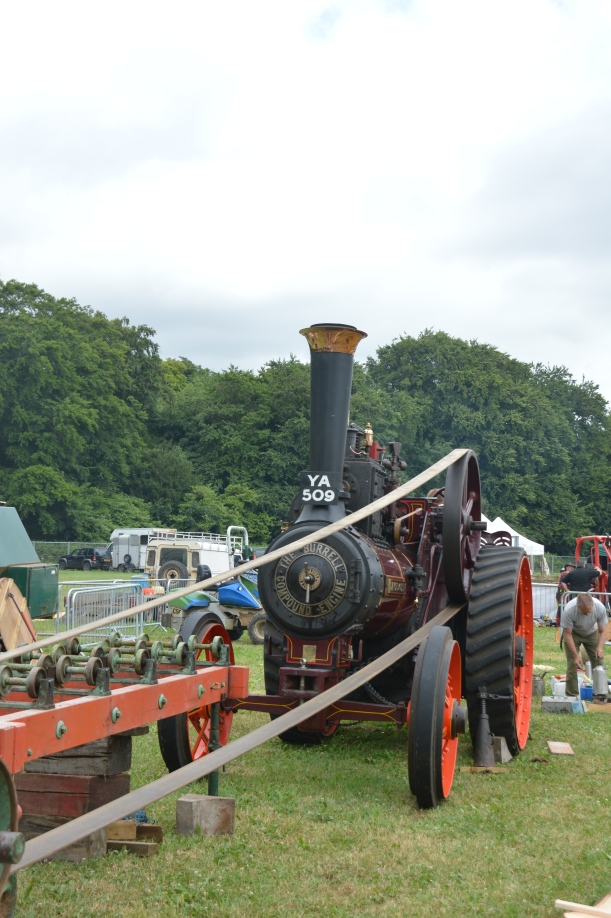 The engine that drives the sawmill

We watched a bit of the agility competition on the dog ring and then passed onto the fur and feather and livestock section. More alpacas! Such pretty creatures, but also ducks, chickens, geese, ferrets, pigs, rabbits and so on. 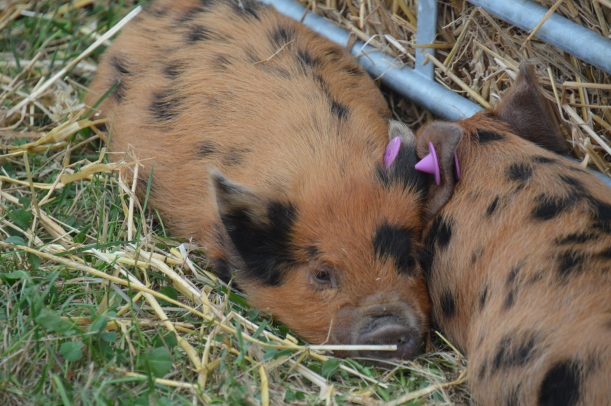 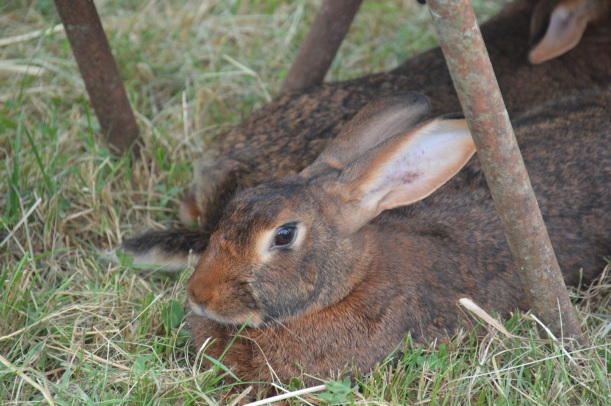 From here we passed on to the Hawkeye Falconry stand. Based in Ludlow, they are very knowledgeable and the birds are obviously very well looked after. We saw a live gyrfalcon which was a bit of a thrill. A while back, we had been involved with a production of Neville’s Island, for which one of the props is a dead gyrfalcon! Sourcing that was a challenge but, seeing the live one, I think we had a pretty good likeness!.

Shortly after this, we =got a call from Bob & Barb. They were here! We made our way back to the entance to meet them. By this time, we were feeling a little peckish and – as we were right by the food tent (part of the Food Festival) where you could buy anything from licorice to game pies, via cheese (lots of cheese) we decided to grab some grub. We had a slice of medal-winning “Ploughman’s Lunch” Pork Pie – which had cheese and chutney in it. Delish! And Barb had fixed her sights on a cider, so it was ciders all round (although I had water). As we were eating our lunch the parachuting display was taking place.

Lunch over, we set off again. It was very warm by now, and we nearly tripped over a chap who had clearly imbibed a tad too much cider being griddled by the hot sun as he snoozed off the effects. Oops!

There were numerous stalls to poke around and so much to see, but as we were passing the Dog Ring we overheard the announcer saying “Any more entrants for the Best Veteran in Show class?”. Paul decide he was going to enter with Archie. A few tense minutes passed and our lovely 15 year old Border terrier (Archie) was awarded a green 4th place rosette and a small prize (dog biscuits).  He was robbed, of course, but we were so pleased and very proud of our veteran pup!

We went for a cuppa and a sit down after that excitement. Arch was beginning to flag (and so were we to be honest). It was hot and we had been there 6 hours so we thought we’d go back to the van. Bob & Barb stayed on as there was still stuff for them to see. It was a relief to get back – although I noticed that my bike was not working properly. The power unit would not turn on. Miffed. It’ll have to go in for a check-up when we get back. But we sat down and had another cold drink and then all of us had a snooze. When we woke up Bob & Barb were back and they came over for a cuppa and to make plans for the evening.

I had a table booked for 8 pm at a pub called the Crown in Frampton Mansell. We had a wash and brush up and drove off just after 7. We took a slightly longer than necessary route as we had hopes of spotting the Sapperton Tunnel on our way. This is a dilapidated but apparently restore-able (if expensive) tunnel on the the defunct Thames and Severn Canal. It was not to be. But we did appreciate the beautiful countryside in the early evening sunshine.

The view from the Crown

We arrived and parked in the large car-park, having passed the very impressive village church, which research tells me is a “Neo-Norman conventicle church”. Yes. It’s built of Cotswold stone and rather beautiful though. The Crown is a delightful pub and very dog friendly. I had plucked  it from the Internet and it was a lucky find. Nice food, well kept beer (I’m told) and very welcoming. We had a lovely meal in great company. We went back to Bob and Barb’s Motor home for a spot of cheese and biscuits and a coffee before bed. Quite tired!

We had to be off site by midday so we got up, had brekker and packed up. Bob & Barb (being properly retired) were staying on another couple of nights and were understandably keen to make the most of the day, so we shared a last cup of coffee before they set off on their bikes to explore. I must admit to being a tad envious. But we had plans for the evening (feeding Linda Mary) and so we left the site just before midday and made our way home. A lovely weekend and only 2 weeks before we are off again. Can’t wait.